Best Places, Activities in Budapest to Survive the Heat 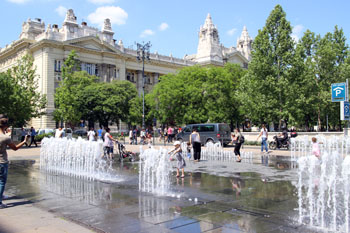 What can one do in such extreme heat in a city?

Here are some tips to help you make the dog days (kánikula in Hungarian) bearable and even enjoyable.

On a scorching summer day nothing will ease the heat better than a dip in a pool.

You’re lucky because besides the historic thermal spas, our city has some great outdoor pools, and beaches to enjoy in summer.

Try one of the most scenic, the Palatinus Bath, with 11 pools and giant slides on Margaret Island.

TIP: During a heat spell some baths stay open longer: till 21.00-22.00. For exact information on opening hours please visit the official website of bath and outdoor pools.

Sightseeing in Hot or Rainy Weather

Sightseeing is a bit tricky in hot weather when the buildings, asphalt and concrete of the city radiate the heat and no one feels like going on a 2-hour walking tour.

TIP: If it’s unbearably hot during the day to trudge around in the city, sightsee at night.

Temperature starts to decline after around 17.00-18.00 and Budapest is really spectacular after sunset when with the city lights on.

For a convenient and air-conditioned sightseeing go on a day cruise with buffet lunch, Evening or Night cruise with Dinner/Drinks. 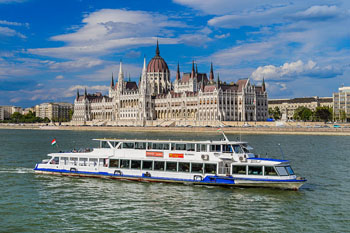 Take one of the several sightseeing cruises on the Danube to admire the UNESCO World Heritage city scape on the banks of the river.

You can go on a boat tour: 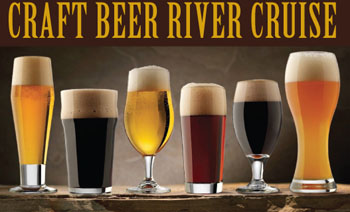 A glass of chilled beer, sunset, on a deck of an air-conditioned sightseeing boat in one of the most spectacular cities of the world.

What else would you need on a scorching summer evening?

Take our Craft Beer Crusie to stave off the heat while in Budapest and taste 5 of the top Hungarian artisan beers.

Snacks, live Gypsy music and a 2-hour boat cruise are all included in the 27 EUR price.[/box]

TIPS to Endure the Heat:

Parks dotted with enough trees to provide sufficient shelter against sun rays are always a good a choice to take a rest on hot days.

Besides the two largest green oasises, Margaret Island and the City Park, here are our favourite Budapest parks we often frequent on summer days: 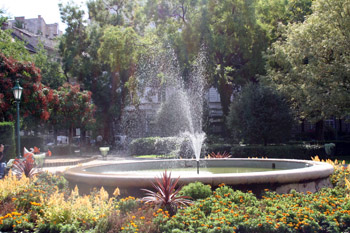 It is a small park tucked away in the city centre behind Múzeum krt and next to the classicist Károlyi Palace (today houses the Petőfi Literary Museum the garden of which regularly hosts concerts in summertime).

Ancient poplar and horse chestnut trees provide shade against the sun. It also has a small playground should you visit Budapest with small children.

Entry: free (there’s a parking fee should you come by car9

The Kopaszi Dam is a riverside park and though it is not in the city centre but it’s worth getting there for a summer picnic or just strolling on the pathways along the Danube. 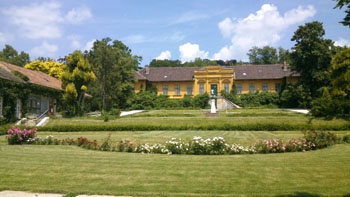 This is another hidden green gem in Buda, south of the Gellért Hill.

Divided into a Lower and Upper Garden, the arboretum has around 2000 woody plants, several hundreds flowers and 250 other rare plants. 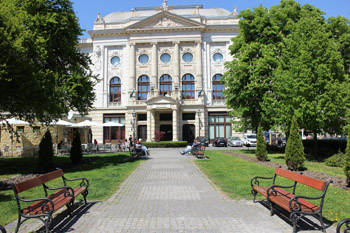 This is a charming little park just a short walk from the busy Danube bank in Buda at the foot of the Castle.

Four baroque townhouses border it on the west side the only surviving edifices from the 17. century outside the Castle area.

The Budai Vigadó stands on the northern side, today home to the Hungarian Heritage House and a venue for folk dance performances.

A fountain adorns the centre of the park, its name is Lajos Kútja (Well of Louis), work of Barnabás Holló from 1904.

Other green oasises in the city are

Szabadság Square – has an automatic fountain system integrated in the pavement (as seen on the first of photo in the top right corner of this article), walking though the moving water rays also helps beat the heat.

Kossuth Square at the Parliament– 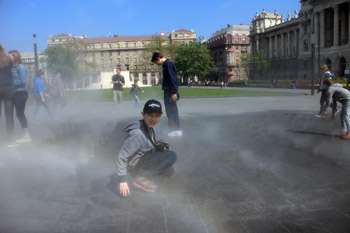 the mist swirling on the pavement comes from the vapour release system built in last year as part of the reconstruction works cools down the air for a while.

Lots of green lawn, statues of prominent Hungarians, and the huge Parliament building are the other attractions here.

There’s another park/playground north of the square called Olimpia Park – a bit busy and noisy with lots of kids running around. 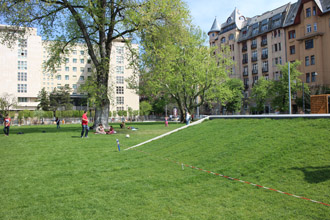 Museums are always a great choice to beat the heat or cold/rainy weather in any city.

Budapest has a wide variety of museums, galleries and exhibitions halls so you sure will find something that interests you.

TIP:The Night of Museums on 20. June offers many programs in Budapest including activities workshops for kids and their families. 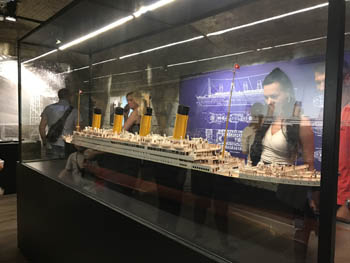 An amazing exhibition with several hundreds of original objects form the sunken ship.

The exhibit manages to recreate the atmosphere of the famous ocean liner.

Lots of historical details, reconstructed rooms, sound and lighting effects help visitors to imagine what was it like to travel on Titanic.

Find out more about the Titanic exhibition! 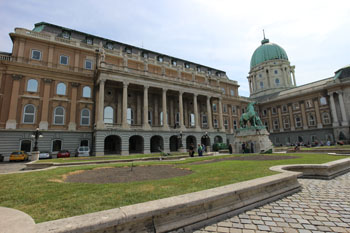 The buildings of the Royal Palace in Buda house the Hungarian National Gallery, the National Széchenyi Library and the Budapest History Museum offering plenty to see in a nice, cool environment.

You can also take a rest on the benches of the new Renaissance-style garden.

Buda, “The Seat and Throne of Royalty” − the Mediaeval Royal Palace

A new permanent exhibition at the Castle Museum introduces the history of the palace from the early middle ages (13. century) to World War 2:

Budapest – Light and Shadow – The 1,000-year History of a Capital

This new permanent exhibit is on the ground floor.

If you have limited time to spend in the museum visit at least this one: it really captures the most important and exciting moments of Budapest’s history.

Hands-on displays abound so kids can have a good time too. 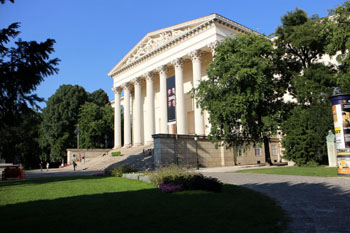 The graceful white building of the National Museum guards some of the most prized treasures of Hungary, including

It currently has 6 permanent exhibitions providing extensive information about Hungary’s history including the life and work of renowned scientists:

TIP: The museum hosts English-language guided tours every Thursday at 11.00 introducing the the Top 10 items exhibited: the coronation mantle of Hungarian kings, the fortepiano on which Beethoven and Liszt played, golden artefacts and the story behind all these. Tickets: 800 HUF.

Similarly to the History Museum, you can easily spend here a couple of hours whether it’s exceedingly hot or raining cats and dogs outside.

The Natural History Museum always has some exciting temporary exhibitions about Dinosaurs, Predators of the World, Mummies etc.

It also owns a a vast collection of

Find out more about the Hungarian Natural History Museum.

TIP: see other museums in Budapest from art, history, children as well museums of specialist interest. 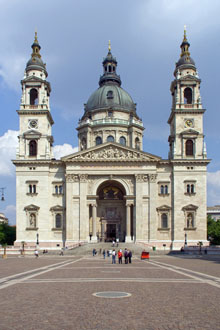 Insided churches it is usually a couple of degrees cooler then outside. Some lovely downtown temples that are worth wondering around are:

The largest church and also the highest building of the capital, houses a precious relic, the mummified right hand of Hungary’s first king, St. Stephen.

The hand is kept in a climatized glass cabinet that lights up if a visitor drops a coin in it. The relic is carried around the Basilica in a process on 20. August, a state holiday devoted to St. Stephen.

Experience the fine acoustic of the church on an Organ Concert organised regularly almost all the year round.

The square sprawling in front of the Basilica and the neighbouring streets are lined with great restaurants (one of them, Borkonyha/Wine Kitchen in Sas utca, has a Michelin star), cafes and bars. 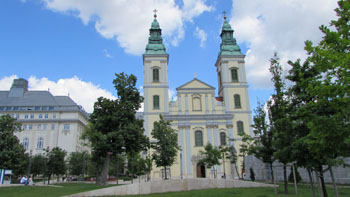 The twin towered historic church is right next to the Pest bridgehead of Erzsébet, the starting point of the Danube Promenade.

Március 15. Square is one of the most captivating and popular parks in Budapest with a couple of good cafes, restaurants close by:

A small baroque church, mostly from the 18. century is in the less busier part of Váci Street.

It hosts organ evenings every Saturday starting at 18.00. 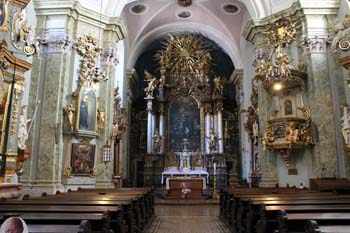 The Order of the Servites settled down in Pest in 1689 after the the freeing of Buda from the Turkish rule in 1688.

They started to use the biggest of the five mosques, the Büjük Mosque.

In 1717 they begun to build their own church and a couple of years later a monastery at the present site at Szervita Square.

The temple was destroyed in later times (in the 1848/49 War of Independnce then in World War 2). The current facade is from the restoration of 1873.

TIP: When you’re there do take also a look at the the building at Szervita tér 5.

If you have time drop by to absorb the old-world atmopshpere, browse among sheet music, view the current exhibition, and sip a cup of coffe in the upstairs cafe.

The so-called Turkish Bank House at Szervita tér 3. boasts a colourful ornate facade depicting the Birth of Hungaria, patrone saint of the nation, a work of Miksa Róth a master glass mosaic maker

Cafes, Restaurants, Bars with Air-Conditioning/Vapour Cooling on the Terrace

Most downtown cafes, restaurants, bars, clubs and pubs are air-conditioned so you won’t have trouble finding a good place where you can sit around for a while nursing a cup of iced coffee or other beverage in a nice cool environment.

Many places have terraces equipped with vapour cooling system that make sitting outside quite pleasant if you don’t do it in the hottest hours of the day.

A couple of rooftop bars opened mainly in the city centre where you can enjoy the scenic view along with cocktails and other drinks.

TIP: Drop by one of the many shopping centres in Budapest (Corvin Plaza, WestEnd at Nyugati Sqr, Aréna Plaza, Mammut etc.) to cool down in the heat or from the rain:

The Whale/Bálna on the Pest side of the Danube between Petőfi and Szabadság Bridge is also a shopping centre, though has less shops and restaurants and much less crowd.

Here Are Some Recommendations 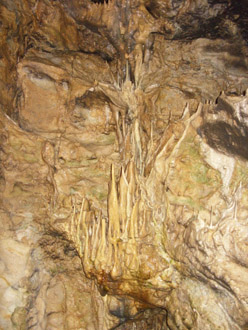 Head underground: besides being famous for its thermal baths Budapest is also known as the city of caves 2 of which can be visited without caving experience (the Szemlőhegyi Cave and the Pálvölgyi Cave)

The temperature is around 10-12 degr. Celsius all the year round so don’t forget to take a sweatshirt with you to avoid catching a cold after entering from the 30-35 degr. Celsius heat to the coolness of the underground area.

The guided cave tours are approx. 35-40 minutes long on paved walkways by lighting (the Szemlőhegyi Cave can even be explored in wheelchair).

For the more adventurous ones longer (2-3 hours) tours are also available (equipment is provided (protective overall, helmet and light).

Find out more about Cave Tours in Budapest and the Szemlőhegyi and Pálvölgyi Caves.

For Families with Kids:

Miniversum – a must for kids and train model funs: 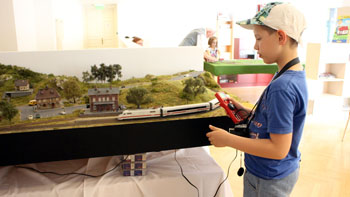 There’s a new exhibit that allows you to learn a lot about life in communism between 1949-1990 with the help of period photos and descriptions (multilingual).

You can have refreshments, snacks in the cafe.

A great palce to be on a sultry day! Kids van play in the playhouse.

The Military Museum in Buda Castle (Kapiszrán tér 2-4., distr. I.) can be interesting to older kids (for ages 10 and up), the Natural History Museum also offers exciting exhibits for all ages.

The Millennium Underground Museum at the underpass on Deák Square (city centre) has a small exhibition organized in an original section of the M1 underground showcasing netrocars, scale models, and photos.

Riding on the Children’s railway meandering in the hills of Buda is also a fun and refreshing activity in summer. 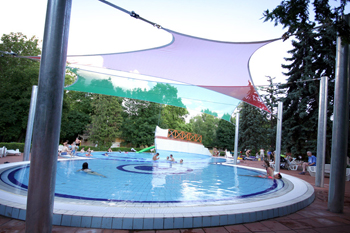 Most kids love splashing in a pool and our city has no shortage in open-air baths.

The ones our children love to go most are:

Find more tips on what to do and see in Budapest with children. 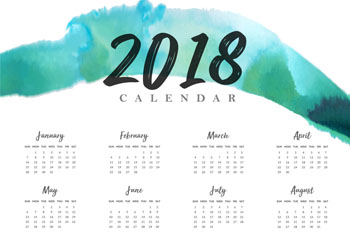