In Budapest cinemas foreign language films are subtitled (feliratos in Hungarian), so tourists can enjoy the latest blockbusters with the original soundtrack.

Some very popular films are dubbed (szinkronizált) so it’s always good to check in Exit or in Pesti Est free magazines whether the film you want to watch is subtitled before you buy the ticket.

Budapest caters for art film fans too with a good variety of art cinemas that usually also have a great cafe or bar (Kino) and host festivals, concerts and other cool programs.

Advanced booking is available at every place.

Most Budapest cinemas have websites where you can book your ticket online and collect your ticket at the cinema’s cashier desk at least half an hour before the movie starts.

Tickets prices vary between 750-1 500 HUF depending on which day and which part of the day (morning/afternoon/evening) you want to go.

Finding your seat: the number of your seat (szék), the row (sor) and the side of the theatre (bal=left, jobb= right) you’ll be sitting are indicated. If few people want to watch the film, you can seat closer or farther from the screen or where you see a free seat.

Don’t forget to get a bucket of popcorn, and coke or other snacks at the buffet.

Historic cinema, witnessed fierce fightings during the 1956 revolution. Today Corvin is one of the most pleasant Budapest cinemas equipped with modern sound and projection techniques.

Try the Corvin Mozi Bar & Coffee for burgers, sandwiches, cakes and pastries and of course coffee. 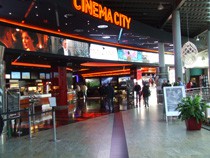 The current operating contract expired in mid-September 2016. An all-new, upgraded movie complex will open in mid-December 2016.

Budapest has some lovely art cinemas with colourful art movie offer. Hungarian film production has started to resurrect in recent years and more and more young directors produce films that fill up the movie theatres.

The Toldi Cinema‘s lobby is called Toldi Club which is a cafe during the day and when the last movie ends it turns into a party place often with live music. 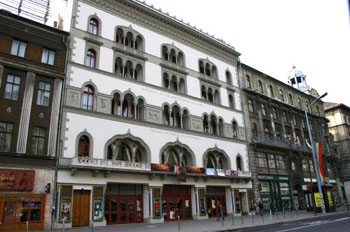 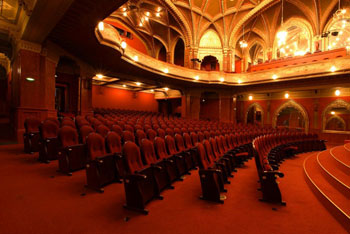 Before and after the WWII Uránia housed various premiers, film reviews and social events.

Today it also shows plays and operas from famous venues. 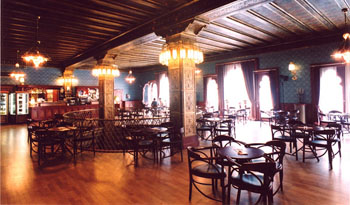 Uránia has a cafe on the first floor open from 10.30 to 22.00 daily. It has a spacious, elegant interior evoking true coffee house feeling.

It used to have another cafe, Cafe Pashmina & Indian Teahouse, in the basement. It offered Indian tea and drink specialties but the place is temporarily closed.

TIP: There’s an artisan ice cream parlor next to, Levendula, next to the cinema with delicious gelato and handmade bonbons, hot chocolate in winter.

Nice to pop in before or after watching a movie.

The more than a century old Bem Cinema in Buda re-opened in January 2016 as a repertory cinema showing classic and cult movies in the original language with Hungarian subtitles from the 35 mm films. 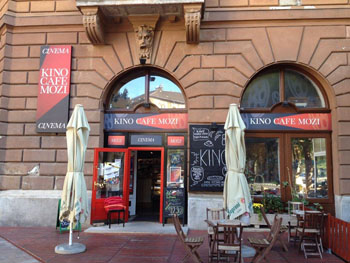 Kino is a cool combination of a coffee bar and an art cinema right on Grand Boulevard near near Nyugati Train Station.

A nice place for breakfast or just cafe with a cake on the terrace. The two-screen movie theatre gives home to unconventional programs:

Food in the Cafe

A movie and party place with a bar and cafe.

The Örökmozgó Filmmúzeum opened in 01. April 2016 in the Vörösmarty Cinema’s small theater hall.