Budapest offers numerous classical music concerts all through the year. 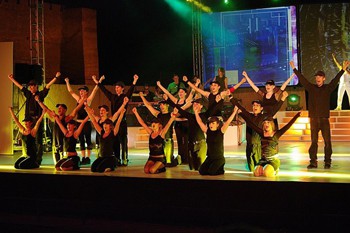 Pick a concert that interest you and reserve your ticket in advance, because places are limited to these performances, even more so in the tourist season.

TIP: Buy tickets to Gala Concerts in the Danube Palace/Vigadó Hall and to Organ Recitals in the St. Stephen Basilica through are secure webshop.

No extra fees, you pay the price what you see. Prices in several categories depending on seat. After payment you’ll receive an E-ticket in e-mail.

The Budapest Spring Festival and the Autumn Festival (today known as CAFE Budapest) have diverse programs each year including musical, dance, ballet, opera, and operetta performances.

Most classical music venues close for the summer (from end of May till beginning of September) but the 3-month Summer Festival on Margitsziget and in Városmajor Open-Air Theatre and the numerous other outdoor concerts offer plenty of entertainment in the summer months.

On warm summer evenings you can also enjoy open-air performances at various venues.

Note that Hungarians always dress up if they go to a classical concert or to the theatre. Men usually wear dark suit, women put on an evening dresses; so dress accordingly if you want to fit in the local audience. 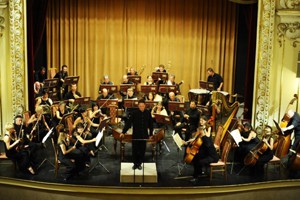 Treat yourself to a unique symphony concert accompanied by a cimbalom, a traditional Hungarian folk instrument, held in 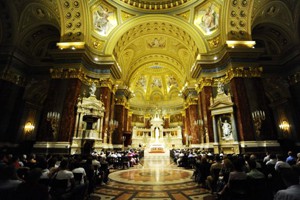 The program of the concert was adapted for the pipe organ of the basilica by one one of Hungary’s most talented organ artists. A wonderful program in a magnificent venue!

The page includes concert recommendations in the city’s other churches too. 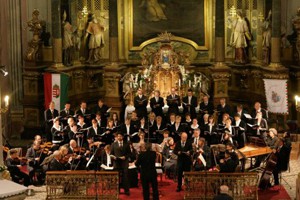 Classical concerts in churches and concert halls with ticket reservation.

More on Concerts in Budapest 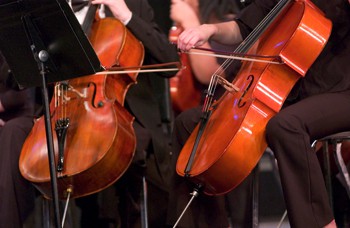 The city has some renowned classical music orchestras.

Look out for their concerts:

With its impressive architecture the recently refrurbished Academy of Music is a perfect venue for a classical concert.

The Grand Hall of the nearly 120-year building boasts to have the best acoustic in the world.

It has a smaller concert hall: the Sir George Solti Chamber Hall that hosts chamber concerts and smaller opera performances.

The music academy has a rich program each year from classical, opera to jazz and folk-world music.

TIP: The exam concerts of the students of the music academy can be attended for free.

Make sure you buy your tickets well in advance, because the Music Academy is a popular concert venue with Hungarians too.

TIP: Did you know that you can explore the building of the Liszt Academy on guided tours?

The 50-minute English-language tour starts at 13.30 every day.

A detailed walk from the ground floor to the top, the Grand Hall, the Sir George Solti Chamber Hall with lots of historical details!

Besides the concert hall, The Palace of Arts/Művészetek Palotája-Müpa also has a theatre and a museum: the Ludwig Contemporary Arts Museum so it is an important and popular venue of cultural entertainment in Budapest.

Tickets To Palace of Arts/MüPa

No visit to Budapest would be complete without seeing the grand Opera House.

Its ornate interior well worth a visit. It’s a perfect venue for opera and ballet fans.

Read more about the history, architecture and ticket information of the Budapest Opera House on this page.

The Concerto Budapest, the Resident Orchestra of the Liszt Academy performs in this modern building in district IX.

One of the oldest concert halls in Budapest stands on the Pest side of the Danube.

Music experts say that the Vigado Hall’s acoustic is not so good; but it’s still a significant venue for classical music performances.

Following years of reconstruction, the 19th-century building got renewed (inauguration was on 15. March 2014.) with better acoustic, new exhibtion rooms, and a lookout terrace on the 6th floor.

More information can be found on the Vigado’s official website.

The modern building complex in Buda is a regular venue for

It has a lovely park with a small lake,, as well as a playground so a perfect area for a walk before a performance.

Budapest has a great number of lovely churches that regularly house concerts.

This small, charming church – the city’s oldest in Baroque style – provides refuge from the hustle and bustle of touristy Váci utca.

It is even better to visit it on a Wednesday or Saturday evening when it has organ concerts with vocal and instrumental solo pieces.

The impressive church right in the city centre hosts organ concerts and other sacred music concerts all the year round.

The Church of Our Lady more commonly known as Matthias Church in the heart of the castle district is a premiere venue for organ concerts.

The church has its own choir and orchestra founded in the 17. century.

The Hungarian Virtuosi Orchestra, one of the best-known chamber orchestra in Hungary, performs regularly in the church.

The Platina and  VIP sections are right next to the orchestra allowing the very best view and acoustics.

The Baroque church on Batthyány Square, Buda was built in the mid-18th century.

It is a frequent venue for concerts, choral recitals.

The last residence in Hungary of the great composer sometimes stages concerts. The circular theatre in the garden houses open-air concerts.

Tickets are available during opening hours of the museum: Tue-Sun: 10.00-17.00 all the year round, and in major ticket offices in Budapest.

The museum is a reconstruction of Liszt’s last flat in Budapest.

There are concerts on Saturday mornings at 11.00 that you can listen to with your museum entrance ticket.

In summer, within the Music in the garden program, you can enjoy concerts and theatrical performances in the chestnut tree lined courtyard.

15 -20 minute music performances entertain people at a dozen popular locations in the city during summer.

You can listen to

Browse the entire program of the summer mini concert series in Budapest!

The historic Dominican Court of the Hilton Hotel in the Castle District is home to the Buda Castle Summer Nights Concerts series with from opera to jazz performances:

Buy your ticket in advance for major, popular performances in one of the following ticket offices.

If you buy your ticket on the day of the performance go straight to the box office.

TIP: Ticket information for Opera and Ballet Performances on this page.

TIP: Check out also our page about main Cultural Venues and Entertainment in Budapest!

Folk Performances in a Downtown Venue