After King Stephen’s death kings from the House of Árpád ruled the country in the next 200 years. At this time Budapest didn’t have much importance, in fact the city was formed only in 1873, when Buda, Pest and Óbuda were officially united as a single city.

In the early Middle Ages Buda and Pest were only tiny villages and mainly German settlers lived there.

Esztergom, then Székesfehérvár and Visegrád had served as Hungary’s capital in this period. 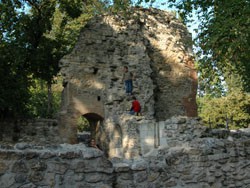 Everything was going well until the Mongol invasion in 1241-42. They devastated Hungary, burnt crops and ruined towns and villages.

The Mongols destroyed Pest and conquered Buda. King Béla IV had to flee the country.

During his short exile he wowed that his daughter would become a nun if he could return and rebuilt Hungary.

The Mongols retreated after the death of their leader Ögedei Khan, the third son of Genghis Khan.
King Béla IV. returned and started to rebuild the country. One of his first tasks was to build a fortress on the Buda Hills to withstood attacks in the future.

Pest recovered, Óbuda was growing, but Buda was developing at a far greater speed than the other two city parts. Buda became a regal seat and a residence for more and more aristocrats and burghers.

Faithful to his vow, Béla sent his daughter, Princess Margaret to a convent on “Rabbit’s Island” in the Danube.

This island, Margitsziget, is Budapest’s most popular park today and bears Margaret’s name. 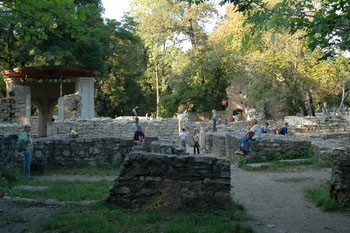 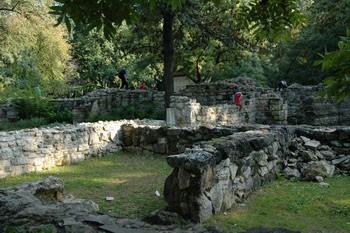 In 1301 the Árpád House died out. In the following centuries foreign-born and Hungarian kings succeeded each other on the throne.