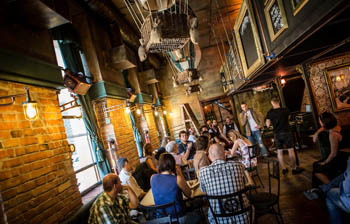 Discover the world of Hungarian craft beer at one of Budapest’s most genuine club, the Krak’n Town Steampunk Saloon.

A three-hour program complete with beer smapling, live blues show and an authentic underground bar atmoshpere our city is famous for. 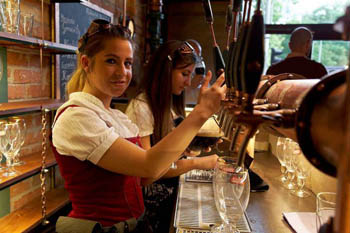 She is like a real Old Lady: sweet in the beginning and bitter in the aftertaste. A creamy dark lager with smooth malty taste (as a traditional dunkel) spiced up with sour-cherry flavor after the fermentation.

An American-style red IPA flavoured with rye and with 6,5 % alcohol content.

Grapefruit-orange notes mixed with other tropical fruits can be scented. When tasted the fruity notes are combined with a kind of rye-hop spiciness.

Later it smooths out with the appearance of hop aroma and dried fruit notes.

It’s the hop lover’s dream with a fruity aroma, set off by a thick caramel malt middle, and long tropical hop finish.

Close your eyes and imagine the steampunk copper-age via this full-bodied amber IPA made just for us.

The trick lies in the unfiltered technology and the extra wheat malt.

Originally steam beer was made in 19th-century California as the cheap beer for blue collar workers. The specialty of this lager is the fermentation of the yeast, which happens at higher temperatures.

An easy to drink regular beer with Saaz hops by Krak’n Town. 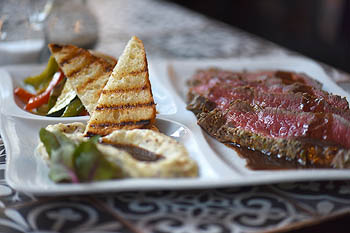 A gourmet meal of 3-courses or a plate of cold snacks prepared by the club’s award-winner chef.

3. Chocolate cake with apricot and raspberry

We are able to meet any dietary requirements, please let us know about your requests upon booking. 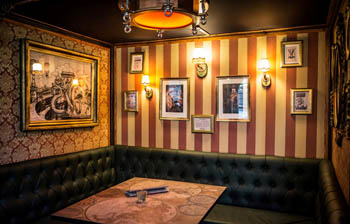 Krak’n is one of Budapest’s coolest underground bars with

15 micro brews by the best Hungarian craft brew makers are on tap constantly. 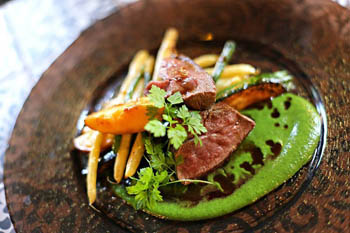 The food is outstanding too with traditional British specialties on the menu:

The decor is typical steampunk era with copper pipes snaking around the papered walls, cogwheels and air ballons on 3 levels.

Did You Know? The Krak’n (or Kraken) is a mythical giant sea monster believed to dwell off the coasts of Norway and Greenland.

It departs 4 times a day. 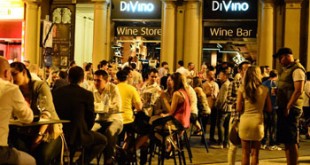