October 23rd marks the day of the Hungarian Revolution of 1956. It is a National Holiday when commemorations take place in Budapest and Hungary. 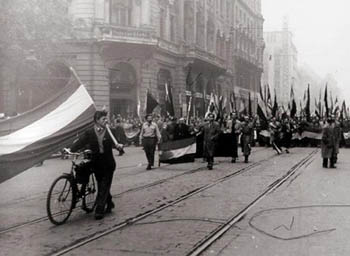 It was a revolution against the Stalinist, communist regime and Soviet oppression that was beaten down by the Russian army.

The Hungarian revolution of 1956 is one of the most significant events of the country’s 20th century history.

Note: October 23rd  is a public holiday in Hungary so shops, restaurants, public institutions will be closed.

Most museums will be open though (the House of Terror Museum will be closed due to the memorial celebration).

Public trabsport services will be operating according to

Thermal baths are open according to Sunday opening hours and pricing on 23. October.

Programs & Places of Remembrance in Budapest 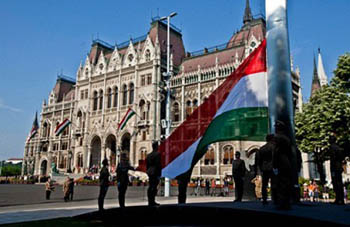 Candle Lighting at the Wall of Heroes/House of Terror Museum

Open Day in the Parliament 23. October

Everyone can visit the Hungarian Parliament free of charge. You can view

Family Day in the Hungarian Museum of Military History

The whole family can take part in 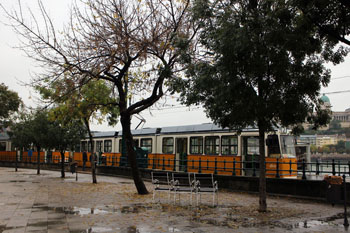 Paperboys will shout the news of the era on the following days:

Following Stalin’s death in 1953 the Soviet block started to weaken with riots in East Berlin and Poland in the following year.

The 20th Congress of the Russian Communist Party acknowledged Stalin’s mistakes (too mild an expression to describe the dictator’s deeds).

Hungary’s leader Mátyás Rákosi and other party leaders were ordered to Moscow where they received a harsh criticism.

As a result Rákosi resigned in 1953 but stayed in the background. Nagy Imre became the leader of Hungary who declared a new, more liberal government program.

The program promised increased standard of living and lessened the burdens of farmers.

The review of the cases of those illegally condemned started. People felt instinctively that with Nagy Imre a positive change in the politics had begun.

The members of the previous leadership however feared their privileges and that they would be accounted for their unjust deeds.

They stood behind Rákosi who was able to convince the Russian party leaders that Imre Nagy’s program endangered the state of socialist-communist system.

The Russians ordered Nagy to withdrew his government program, but he refused to cooperate.

Imre Nagy then was removed from his post and excluded from the party. András Hegedűs, one of Rákosi’s henchmen became the prime minister.

More and more trials were turned out to be show trials.

The groups they formed were the Írószövetség and the Petőfi Kör (named after the poet Sándor Petőfi, a prominent figure in the Revolution of 15th March in 1848).

In July 1956 Rákosi became cumbersome to the Russians and they discharged him.

The political leadership with Ernő Gerő – a former second in command of Rákosi – didn’t want any reforms, while more and more people were demanding real changes.

The tension reached its peak in October 1956. 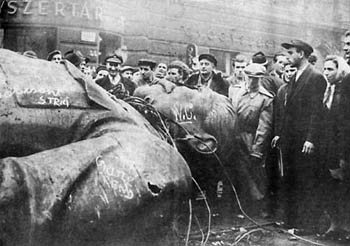 On 23rd October 1956 hundreds of thousands demonstrated on the streets.

First they went to the Petőfi statue then to the Bem statue and finally to the Parliament on Kossuth Square where they demanded Imre Nagy to deliver a speech.

After his calming speech the mass on Kossuth Square broke up. But by that time other demonstrations had started at several other parts of the city.

The Stalin statue toppled down on Heroes’ Square.

The headquarters of the Hungarian Radio became the focal point of the events.

Soon the shooting had started and by night the freedom fighters seized control of the Radio building and some other important parts of Budapest.

On the eve of 23rd-24th October Imre Nagy was appointed prime minister. Russian tanks appeared on the streets of the city trying to bring down the revolution.

On 25th October 1956 on Kossuth Square the Russians started to shoot on the peacefully demonstrating people.

The demonstrators tried to seek refuge in the ministry of agriculture building but they weren’t allowed in.

Around 800 died on that day in that is referred to as “Bloody Thursday”.

After the massacre on Kossuth tér the revolution was unstoppable. Imre Nagy announced that a multi-party system was to replace the communist single-party dictatorship.

TIP: Visit the 1956 Memorial & Exhibition at the Museum at Budapest Parliament to learn about the terror of the revolution on Kossuth Square.

End of the 1956 Revolution – Russian Invasion

On 4th November 1956 the strongest continental army lead by the Russians attacked Budapest and Hungary.

The Russian armiy beat down the badly armed Hungarian freedom fighters and the revolution of 1956 by 11th November.

Nearly 2 000 died during the fights of 1956 most of them under 30 years of age. Many were imprisoned and executed.

Until spring of 1957 around 180 000 people left Hungary searching for a better life in the Western world.

Imre Nagy and his comrades were trapped and arrested on 22nd November. Nagy was transported to Romania.

Later their bodies were moved to an unmarked grave in a faraway part of the Municipal Cemetery of Budapest (the famous No. 301 slot).

The remains were exhumated and reburied within a funeral on 16th June in 1989.