Mouth-watering spicy dishes, rich stews and sauces, hearty soups, yummy desserts. That’s Hungarian cuisine in short! There are few other ethnic gastronomies that are so varied, creative and savory than Hungarian cooking.

I think the best way to know a country and its people is to learn about its gastronomy, and try some of the characteristic dishes.

There are countless restaurants, cafes, bistros and cheap inns in Budapest where you can dig in a bowl of goulash, chicken paprikash, beef stew or stuffed cabbage. We also compiled some our favourite Hungarian recipes handed down in the family.

Browse our guide to local cuisine:

TIP: You can also learn to cook traditional local dishes in a state-of-the-art cooking studio. A visit to the famous Central Market Hall can be included in the program: a great opportunity to get a close look at the country’s food culture.
We listed some other great foodie programs should you really want to get a taste of Hungary. 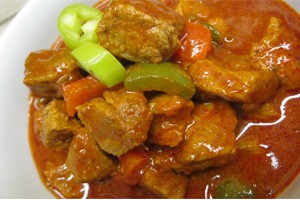 Learn all about popular dishes in Hungary: hearty soups, and stews, yummy desserts. Includes also hand-picked restaurant recommendations where you can try all these. 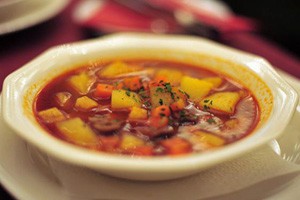 Authentic Hungarian Goulash recipe and cooking tips spiced up with history and facts about Hungary’s most popular dish, straight from the kitchen of a local housewife. 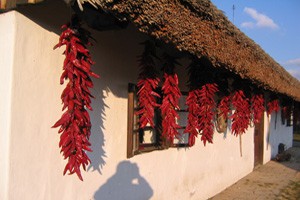 Hungarian Cuisine – Tips to Taste a bit of Local Gastronomy 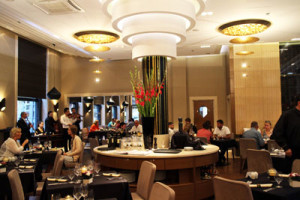 Enjoy a delicious 4-course Hungarian dinner with wines accompanied by a fantastic folk show every Friday in the ARAZ restaurant (near the Great synagogue in the historic Jewish quarter.

A full-evening program in a fine hotel restaurant with elegant contemporary decor.

You can reserve a Hungarian Dinner with Folk Show in ARAZ Restaurant here. 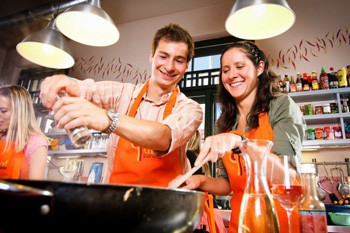 If you want to learn more about Hungarian gastronomy and perhaps learn to make a few typical local dishes attend a Hungarian cooking course held in a modern cooking school in Budapest’s center.

The course is a fun way to get acquainted with Hungary’s cuisine. 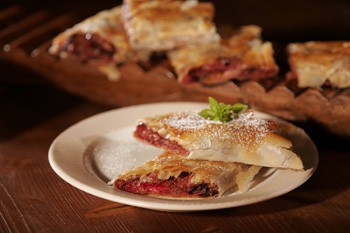 Sample strudels (a traditional Hungarian sweet dish) in one of the finest restaurants in Budapest, the First Strudel House of Pest Cafe & Restaurant (Első Pesti Rétesház).

Besisdes the iconic Austro-Hungarian pastry you can have a 3-course daily menu at affordable price (cc. 1 600 HUF), or pick something a la carte.

Strudels with coffee can be taken away in a box.

Note: the First Strudel House of Pest is open on Christmas Day (25. December) unlike most restaurants in Budapest. 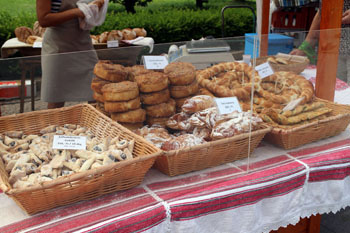 Visit one of the Farmers’ Markets (Közös Piac, Szimpla Kert, or Belvárosi Piac) to get a taste of delicious Hungarian fruits, vegetables, pastries, artisan cheeses and jams.

Most of these events are held once a week usually over the weekend. There’s also a Night Market on Thursdays at 13.00-21.00 in Király Street 8-10. (Central Passage where the weekly Közös Piac is held)

Great places to get to know local farmers and craft food producers. 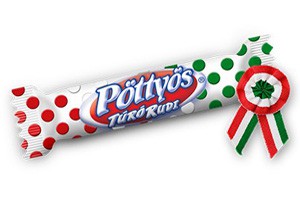 Learn about some of the special food stuff unique to Hungary. Hungarian sausages and salamis, lángos, kürtös kalács, túró rudi, szaloncukor and more. 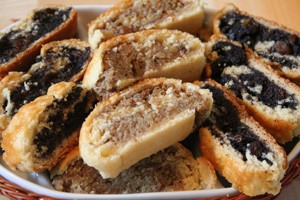 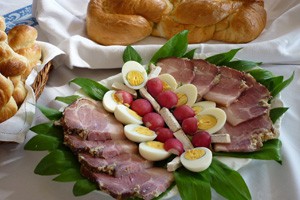 Find out what traditional dishes Hungarians eat at Easter. Tips on how to cook the ham, making pickled horseradish, and milk loaf.

Authentic Hungarian dishes are definitely not for people on diet. You may find our dishes a bit too heavy and fatty, however their rich flavour, aroma and texture compensate you for the slightly excessive calorie intake.

But don’t think that everything is soaking in pork fat and paprika. These ingredients are essential for authentic Hungarian dishes, but properly portioning them and using modern cooking methods we can make healthier dishes.

The ingredients we cook with, are simple. The fertile Hungarian plain and the favorable climate provide excellent conditions for growing tasty vegetables, fruits, and to raise domestic animals whose meat is savoury.

Several special ingredients are account for the distinctive flavour of Hungarian meals:

There are also a few unique Hungarian cooking methods that we use to prepare our dishes.

You must be hungry by now after reading all above so let’s begin.

During the nation’s colourful history Hungarian cuisine got influences from many ethnic gastronomies. In the first couple of centuries AD our ancestors lived in the Euro-Asian steppe. They were a semi-nomadic group that lived as hunters and fishermen.

Around 500 AD the Magyar tribes migrated and settled down near the River Don. They got into contact with Turks and Bulgarians and learned much about cooking from them. 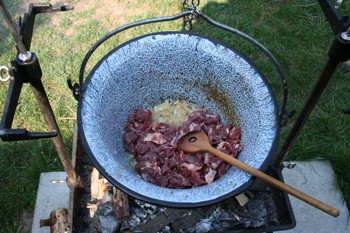 Soup was a very important meal in Hungarian cuisine at that time, as it is today.

A perfect Hungarian lunch always starts with some kind of soup. It was a complete meal and more like a stew in those nomadic years.

They usually served soups with a small round-shaped pasta, tarhonya. We still have tarhonya as a garnish in our menus.

The most delicious dishes were always made in a single pot. This pot was usually the bogrács, a cast iron kettle, hung on an iron stick over the fire. Bogrács is a very popular cooking utensil today, we use it for outdoor cooking.

After settling down in the Carpathian Basin our ancestors incorporated pork in their cuisine. We often cook pork dishes today, especially in the villages where almost every family raises its own pork and butcher it during winter time within a great feast called disznótor.

In the early middle ages, after the consolidation of the Hungarian State, Hungarian cuisine had influences from both western and eastern nations. Especially the great invasions left their marks on our cooking. 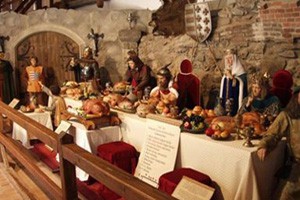 Turkey was brought to Hungary in that time. Today Hungarian turkey is considered one of the best in Europe. Beatrice also brought with her cheeses, pastas, garlic and onions.

The first written records of Hungarian gastronomy date back to the 15th century.

According to King Matthias’ chronicles, the most popular dishes were pork, beef, venison, lamb, and game. Every food was served with gravies made from their own juices.People dunked their bread in these savoury sauces.

The Turks and the Paprika

The 150-year Turkish rule had lots of impacts on Hungarian cuisine. They brought paprika to Hungary, which became a symbol of Hungarian cooking. 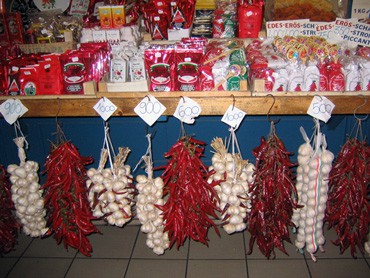 First, only peasants cooked with paprika, the privileged grew it in their garden for decoration purposes.

Paprika became an alternative spice to pepper, when the price of the latter started to increase.

It eventually replaced pepper in Hungarian kitchens in the 19th century. They added paprika to meat stews, soups, creating today’s paprikás and pörkölt.

The Turks took away all domestic animals, except for pigs during their raids; they mustn’t eat pork because of their religion. Pork dishes have started to become prevalent in Hungarian cuisine since that time.

Other culinary advantages of the Turkish rule were strudel, lángos, riced pilafs, and stuffed vegetables. Besides paprika, the Turks brought into Hungary several other plants such as tomato, corn, tobacco, cherry, and sour cherry plants.

Hungarian language preserved these culinary contributions, for example the other name we use for corn is Turkish wheat.

Let’s not leave out coffee, the Turks introduced this drink to Hungary. Hungarians called coffee “black soup” in that era. Coffee culture and coffee houses were an integral part of Budapest’s cultural and social growth at the turn of the last century.

The Turks gave place to the Habsburgs. It’s controversial whether Hungary contributed more to the Austrian cuisine, or vice versa. 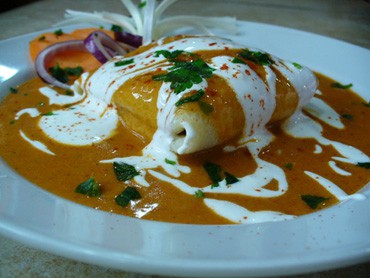 At the turn of the last century excellent Hungarian chefs laid the foundations of today’s Hungarian cuisine.

They artfully adjusted our gastronomy to French gastronomy without loosing the uniqueness of traditional Hungarian cooking.

By the beginning of the 20th century Hungary’s cuisine was internationally renowned.

Unfortunately the communist rule put an end to this gastronomic bloom.

There were often shortages of certain produce and ingredients. In recent years restaurant chefs are trying to alter Hungarian cooking into more healthy, lower in calories, but still rich in vitamins, and at the same time preserve authentic local flavours.

A Gastro Revolution in Budapest

The gastro scene of the city has been undergoing a major change in recent years: new, inventive restaurants, bistros, and food bars open almost every month.

The good things is that these are not exclusively high-end places offering Michelin-star quality meals at inflated price (Costes at 4., Ráday Street and Onyx at 7-8., Vörösmarty Square, or Borkonyha in Sas utca) are the two Michelin star restaurants in Budapest) but no-frill eateries with seasonal, tasty, and affordable food on their menu (Bors GastoBar at 10., Kazinczy Street, Baltazár Grill Bar in Buda Castle).

Hopefully the trend will continue and both locals and tourists will have to search less to find a good place to eat at.