Savour some of the best beers made by Hungarian craft breweries while taking a cruise on the Danube!

Payment: with PayPal: from your PayPal balance, or using a Bank Card, Credit Card. (No need to have a PayPal account.) 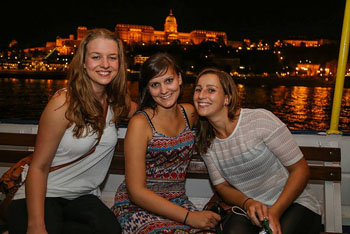 You can book a taxi transfer to the boarding point and back to your hotel after the program for plus 14 EUR.

Note: If you book the cruise with taxi Pick-Up Drop Off please be at your hotel’s reception 1 hour before the tour starts.

With Paypal: from your PayPal balance, or using a Bank Card, Credit Card. No need to create a PayPal account!

After payment you automatically receive your E-Ticket.

Please present it in print form or on your mobile/tablet to our staff at the meeting place, the Danube Palace (Zrínyi utca 5., district V. city centre).

Beers You Are Going To Taste

This is a refreshing German wheat beer with high carbonation level and a dry finish.

It is smooth on the swallow and displays unique notes of yeast with banana and clove, ending with hints of
citrus.

The colour is beautiful hazy yellow.

Crowned with butter-like foam, the finish is intense but smooth on the swallow. Brings out flavours best when chilled to 4¬7 degrees Celsius.

Blonde Ale is an American craft beer style produced by many microbreweries and pub breweries, especially by those that cannot brew lager beers.

It is a well-balanced, pure and refreshing beer without any shrill flavours.

Johnny Firpo is an ideal companion to friendly conversations while italso matches our favourite character.

Highly recommended for summer evenings. A blondish, light unfiltered beer supplemented with American hop types, making it a perfect match for every occasion.

Johnny is the laid-back baby brother with a perfect aroma and a hop-based, full flavour dominated by notes of citrus and smooth on the swallow. 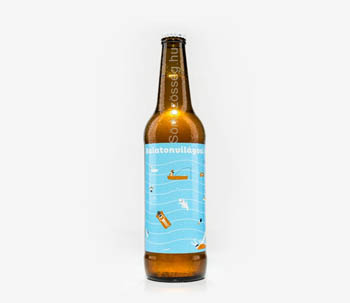 This is a classic, unfiltered light beer with a twist rendered by the application of Hellertau Blanc and Magnum hops.

With its usual golden yellow colour, it is a light, refreshing beer with an elegant flavour, easily offering a gateway to craft beers to everyone.

We recommend that you enjoy it on a lakeshore, a riverside or a beach, but it is equally refreshing in a city as we have added some summer sunshine in each bottle, too.

While historic accounts differ regarding the origins of IPA, most agree that what subsequently became the IPA was a pale ale created for transportation to India in the late 1700s and early 1800s.

The American IPA is a modern craft beer from the US, created by reinterpreting the historical English brewing style with American ingredients and brewing attitude.

“IPA” is intentionally not explained as “India Pale Ale”, as none of these beers travelled to India and many of them are not pale in colour.

Indian Summer has the distinction of winning the golden prize medal at the European Craft Beer Cup in January 2019. It is a classic West Coast IPA base d on its geographical origin in the USA.

It has a bronze, dark amber colour and a flavour with bitter hints of grapefruit and orange thanks to Cascade Hop that also renders a slightly
sweet, resinous finish at the end of the swallow. 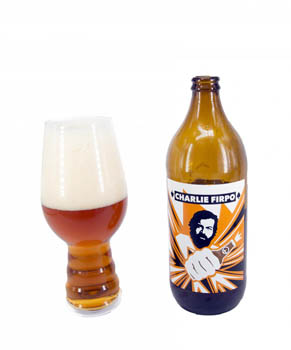 Charlie Firpo is an APA-based beer brewed from rye, an alternativeg rain and unusual brewing ingredient.

A striking flavour, the usual bitterness, all on a light malt basis…

Its characteristic aromas and remarkable flavours that show hints of rye are completed with an extra amount of non-traditional hop.

With a 5.1% alcohol level, this beer is going to be a major hit in the summer.

The colour is rye-brownish, the foam is long-lasting. Hedon’s flagship beer will soon become your favourite! 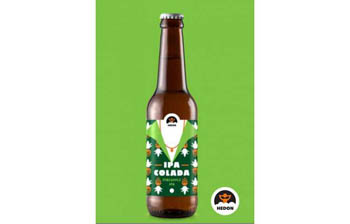 A special IPA inspired by the New England Style that is very popular these days and is very different from the West Coast IPA style of
Indian Summer.

It relies more on the aroma of the hops and less on the overall bitterness.

The aroma Hops are the main the focus here. But it also boasts characteristics that set it apart from standard
categories.

We combined the intensely tropical fruity, hop-base with real pineapple purée to create a beer that relies on the fruity aroma ofits ingredients, with a multi-layered flavour characterised by lower bitterness and a medium bodied character.

Recommended to those who are curious about the fruity aroma of hop and find the tropical-pineapple flavour interesting.

They will not be disappointed, as they can reach a higher level of complexity through a carefully selected fruit pairing.

TIP: Quite a few brew pubs, cafes, and even hotels – Baltazár in Buda Castle, the Four Seasons Gresham Palace offer craft beers including Stari Beers so you can easily taste them while in Budapest.

TIP: Combine craft beer tasting with a live blues concert show in the city’s most original bar, the Krak’n Steampunk Saloon located on the Grand Boulevard.

5 great microbrews, concert and optional dinner are included for a memorable evening.

By booking the program you are agreeing to the terms and conditions.