Relax in one of the Turkish baths in Budapest! Let the hot water and steam drive away your fatigue.

The city has four baths built during the 150-year Ottoman rule in the 16th-17th centuries:

The 4 baths have a similar structure pattern: a central warm pool surrounded by hot and cold plunge pools, steam room, and sauna.

Although only the central, domed bathing halls have survived and preserved the original Turkish structure, they add a bit of Oriental atmosphere to the city.

Even if you’re not a bathing enthusiasts visit one of the Ottoman Baths because of their beautiful architecture and history. 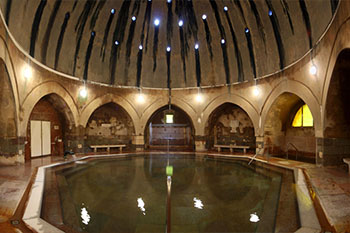 The central bathhouse has been standing here for 450 years.

It has 4 pools filled with thermal water rich in minerals and supplied from the nearby Lukács Bath. The Király is a coed bath welcoming both women and men every day. 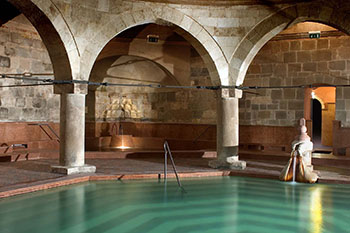 The Rudas dates back to the 16th century. It offers 6 pools with varying water temperatures from cool to hot. There’s also a swimming pool. 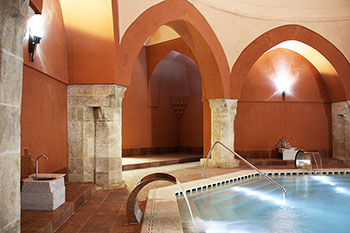 The Veli Bej Csaszar Bath is the oldest and largest Turkish spa in Central Europe.

The bath complex is in Buda near the Lukács Spa. It opened in 2012 after a thorough renovation. 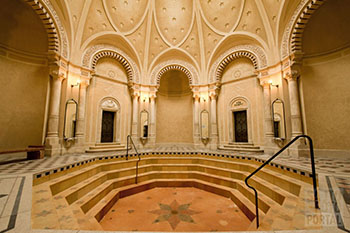 The Rác bath is located between the Gellért Hill, and the Tabán area. The Turks built the original bath with its domed pool in the 16th century.

There are also pools are from the Imperial Habsburg Era. The bath was rebuilt and expanded in in the middle of 19th century by the plans of the renowned Hungarian architecture Miklós Ybl. Hopefuly the spa will open in the second half of 2014. 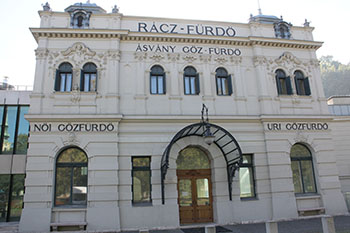 The renovation works of the former Rác Bath and building of a brand new luxury spa hotel were finished in 2010.

The result is a combination of a historic Ottoman bath house with dome, octagonal pool, 19th century romantic style pools and shower hall, and a modern spa hotel with a range of wellness and beauty treatments.

In the Day Spa you can choose from several refreshing and sport massages, medical mud and aroma therapies,

The nearly 70 rooms boast contemporary, elegant design and overlook the Gellért Hill, the Royal Palace in Buda Castle Hill, and the surrounding park.

Read more details on the Rácz Bath and Thermal Spa.