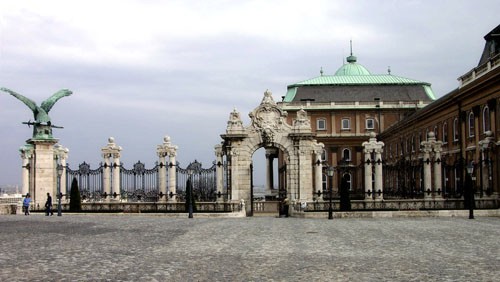 Buda Castle sits on the Castle Hill on the Buda side of the Danube in district I.

It is one of the oldest part of the city though the present look is quite recent due to the many reconstructions following wars and fires.

Quick Links: Brief History – Getting There – Map of the Itineraries – Part 1: A Short Walk – Part 2: A More In-Depth Walk in Budapest Castle

History of Buda Castle at a Glance 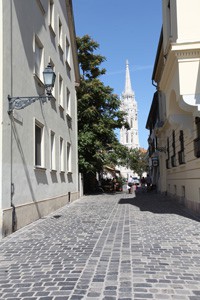 The first fortress was established after the Mongol attack in the 13th century.

Then the Royal Court of King Sigismund moved here starting the hey day of the district. Buda developed into a thriving merchant city by the middle of the 15th century.

A baroque city emerged in its place in the 17th century just to be besieged again in 1849 at the end of the 1848-49 Hungarian Revolution and War of Independence.

Following a reconstruction ministries and government offices operated in the Castle district. The district was severely damaged again during the bombings in 1945.

The following reconstruction works revealed many remains from the middle ages: house foundations, doorways, and the so-called niches the function of which is still not clear.

Some say coachmen used them as resting places.

Read more about the history of Budapest.

You can get to the Castle Hill by the Funicular (Sikló) from Clark Ádám tér at the Buda bridghead of the Chain Bridge. The track is almost 100 m long. 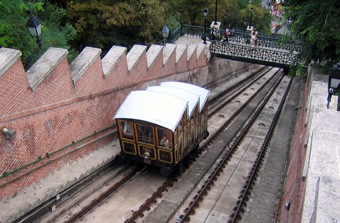 You can also get there by the Várbusz (Castle bus: no. 16 and 16A), that departs every few minutes from Széll Kálmán tér (formerly called Moszkva tér) (M2, red metro line, or tram 4,6).

If you feel like exercising, take the steps running along the side of the hill and starting from Clark Adam Square.

Includes the Most Important Sights

On this short route you can explore the most notable monuments in the castle area:

The center of the district is Szentháromság tér with the Holy Trinity Statue.

From here 4 streets head to north, and two to south towards Bécsi kapu tér, and the Royal Palace.

You can start this walk either at Pin 1, Matthias Church, or Pin 3, the Royal Palace, either way you will take a short round tour of the district’s heart finishing in the historic Ruszwurm Confectionery.

TIP: You can climb up to the church’s Bell Tower on 197 steps at and enjoy the fantastic panorama. The renovation of the tower was finished in 2015 and opened to the public on 21. October 2015.

Holy Trinity Column – Szentháromság tér: the highest point of the castle hill, The 14 m high monument was erected between 1710, and 1713 by the citizens of Buda to help prevent another plague epidemic. 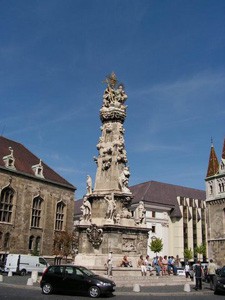 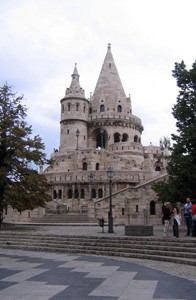 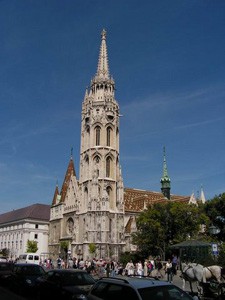 Map for the Walking Tour in Buda Castle

For a more in-depth exploration of the castle area it is best to supplement the 1. itinerary with the 2. The 2nd part is a longer walk on which you can see the most beautiful baroque buildings, and medieval remains in the district. You can start the tour at any pin you wish. 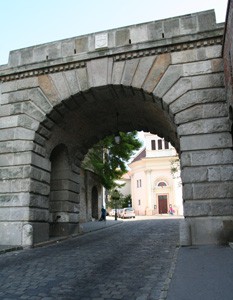 Pin 1: Bécsi kapu tér (Vienna gate) – the only gate that survived the times in the Castle.

Take a look at the apartments built in copf-style on the western side of the square.

The vast building of Hungarian National Archives stands on the southern side. 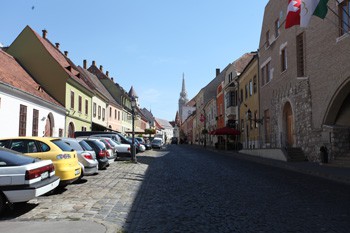 Pin 2: Take a short stroll on Táncsics Mihály Street where the most beautiful baroque houses stand. The Lutheran Church is also here. Beethoven lived in the Endrődy palace at number 7. 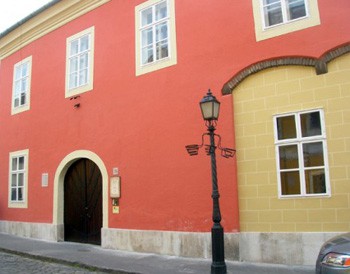 Find out about more Jewish monuments in Budapest. 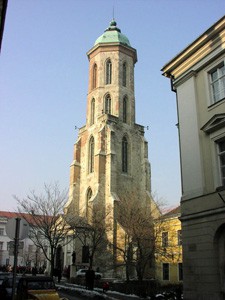 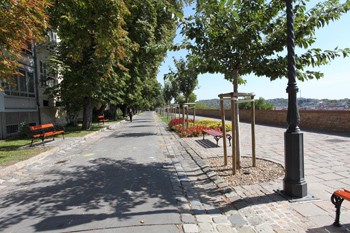 Pin 5. Tóth Árpád Promenade, also called Bástyasétány– a lovely walkway from where you can see the best panoramic views of the city.

The promenade was constructed in the 1810s. It was very popular among the citizens of Buda.

On Tuesdays and Thursdays a military band entertained the promenading crowd.

The house at No. 28. in Országház utca used to be the cloister of the Order of the Poor Clares. Later the building was rebuilt in Baroque style and the national diet was held here at the end of the 18. century, hence the name of the street.

The beautiful hall was once a place for grand balls. Today concerts and congresses are held here. The triple of buildings at No. 18-20-22 are great gems of medieval architecture with Gothic archs, painted and sgraffito-adorned facade. 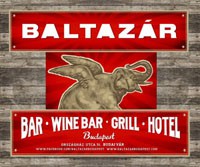 It is also a luxury boutique hotel with 11 rooms. Fine accommodation, food and drinks in a historic district.

See more great restaurants in the various districts of the city.

A cave system 10-15 m under the ground with gothic and Ottoman stone monuments, and photo exhibits that you can view on tours. 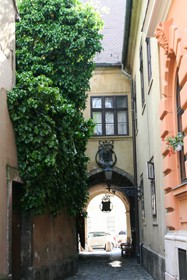 The castle district has a couple of romantic side streets like the Balta-köz (according to legend the brother of King Matthias, László Hunyadi, who conspired against the king was decapitated on the small square next to the street, that’s why the name: balta which means: axe). In reality the street owes its name to an inn called Zum Hackl, (from the owner’s name Hackl that means axe) that opened at the corner in 1860 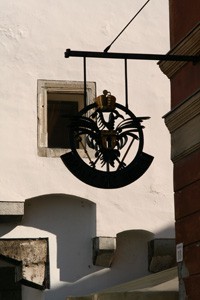 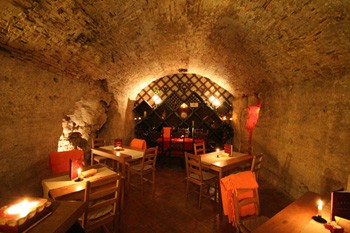