The World Heritage sites in Budapest include all the important historic and cultural monuments that make the Hungarian capital one of the most beautiful cities in the world.

The Banks of the Danube, the Castle Hill, with the renewed Castle Bazaar & Royal Gardens, the Gellért Hill in the background, the Gellért Baths, the Pest riverbank including the Parliament and other landmarks, the Andrássy Avenue with the Millennium Underground and the Heroes’ Square at its end all are protected by the UNESCO’s program.

The first sites that made the World Heritage list in 1987 include a 60 hectare (cc. 148 acre) scenic riverbank from the Liberty Bridge (Szabadság híd) to Margaret Island.

With a little bit of historical background these outstanding buildings and vistas tell you how Budapest evolved from a small village into a vibrant metropolis. 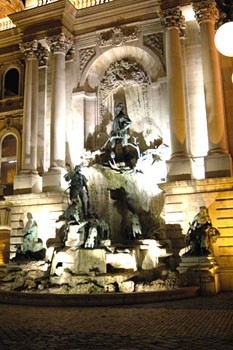 In 1987 the UNESCO decided to include the Castle District and the Danube embankment from Liberty Bridge to Margaret Island in their World Heritage programme.

The main reason they did so is that Budapest incorporates many historic and cultural sights that depict important periods from the story of the city.

In Castle District you’ll find several-centuries of the city’s history condensed. Numerous sieges, wars and natural disasters destroyed much of the original Castle Quarter, still its beauty and charm will enchant you.

The Royal Palace plays an important role not only in Budapest’s but in the country’s cultural life.

The National Gallery, and the National Széchenyi Library are also there.

In the heart of the Castle District, on Holy Trinity Square (Szentháromság tér) stands the capital’s most famous temple, Matthias Church.

The more than 700-year old church witnessed many coronations and royal weddings.

The Gothic tower together with the turreted Fishermen’s Bastion (Halászbástya) in the background are among the best known landmarks of Budapest.

The Castle District well deserves to be part of the UNESCO’s World Heritage sites. 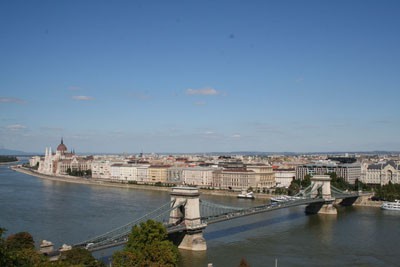 Two more things I love about this historic quarter of Budapest are:

If not for its World Heritage status then for the two above benefits you must not miss visiting the Castle Hill in Buda.

TIP: A pleasant and romantic way to enjoy the wonderful panorama of these world heritage sites lining the Danube banks is to go on a cruise where you can have a delicious lunch or dinner, too.

Live gypsy music by an award-winning band adds to the pleasant atmosphere during the sightseeing boat tour & dinner starting at 19.00.

An extensive cave system lies under the ground in Buda Castle most of which dates back to the middle ages. Part of the labyrinth is open to the public and can be explored. Some great exhibitions make the exploration even more interesting. 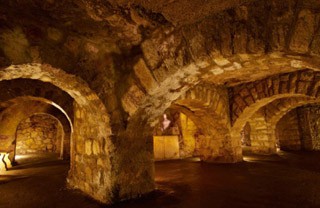 Find out more about other monuments and history of Budapest Castle District. 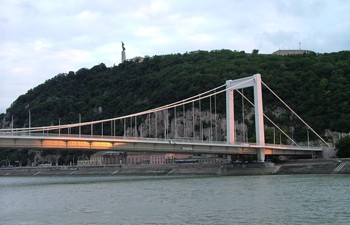 The 235 m high hill with the Cidadel fortress and the Statue of Liberty on the top is located at the Buda end of Szabadság híd (Liberty Bridge).

The whole hill is a nature reserve with large parks, sprawling lawns, well-tended playgrounds that make the hill a popular excursion spot.

The hill was named after Bishop Gellért who died martyr on the hill in the 11st century.

You can see the bishop’s statue in the northern side of the hill. Other monuments the hill boasts are a cave church, a 19th century fortress, the Cidadel, and the Statue of Liberty.

Find out more about attractions on the Gellért Hill. 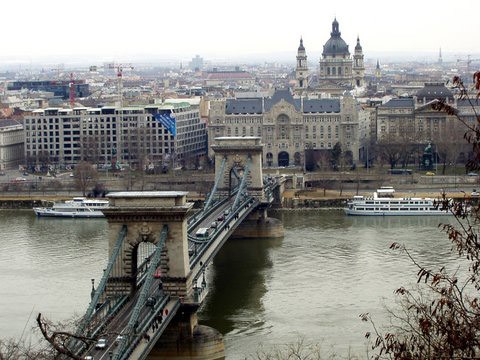 You can descend from Castle Hill by the cogwheel railway/sikló (entrance at Fishermen’s Bastion), and you’ll arrive at Clark Adam Square.

TIP: Walk towards the Chain Bridge and you can admire the city’s newest attraction the Castle Bazaar & Royal Gardens designed by Miklós Ybl architect in the second half of the 19. century.

The arcaded, terraced complex today houses shops, exhibitions, an event hall under the ground, as well as cafes and restaurants. The historic buidlings have been retsored tothier original state.

The whole Danube embankment from the Gellert Hill to the Rudas Baths forms a harmonic integrity, including the Danube Bridges and the opposite Pest side with the imposing Budapest Parliament and other outstanding architectural masterpieces.

The first permanent connection between Buda and Pest, the Chain Bridge (Széchenyi Lánchíd) spans the Danube between Clark Adam Square and Széchenyi Square.

Near the Pest end of the Chain Bridge you can admire two architectural gems on Széchenyi Square:

Read more about sights and attractions in Budapest’s city centre.

Andrássy Avenue and its Environs 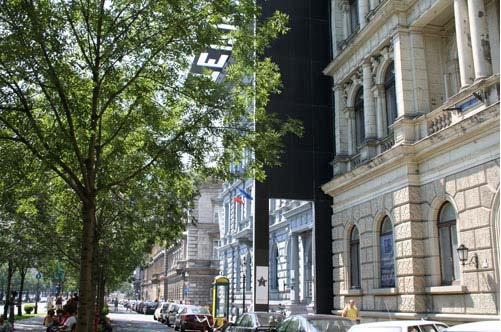 Andrássy avenue and its environs are among the most beautiful parts of Budapest. The elegant mansions and villas along its sides display architectural styles from the second half of the 19th century.

The avenue received its name after Count Gyula Andrássy, Hungary’s prime minister between 1867-1971, who cared about Budapest and done much to develop it into a true metropolis.

Numerous important cultural and historic buildings stand along the road, like the Budapest Opera House or the Millennium Monument on its other end on Heroes’ Square. 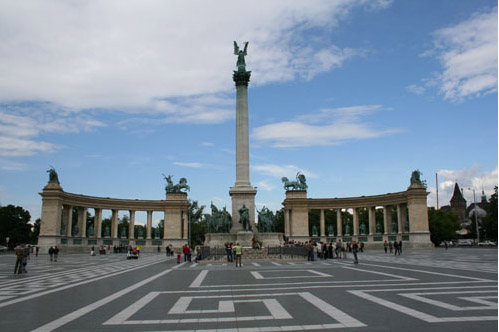 Two great museums flank the square on its sides

The park is a place for entertainment and relaxation with the Amusement Park, Budapest Zoo and Botanical Garden and the Szécheny Baths. The lake entices you to rocking in a boat in summer or ice skating in winter.

TIP #1: A wonderful way of exploring the world heritage sites in Budapest is by going on thematic walking tours. TIP #2: Our guide to Budapest Attractions includes our favourite sights with lots of photos. TIP #3: The New Main Street between Kálvin tér and Szabadság tér is a partillay pedestrianized area with quite a few historic sights, cafes and restaurants. Although it is not part of the World Heritage Site program but the street is a result of a recent redevelopment project, and shows new contemporary face of Budapest.